Hey members have you got any Stallions you'd like to advertise on our site? 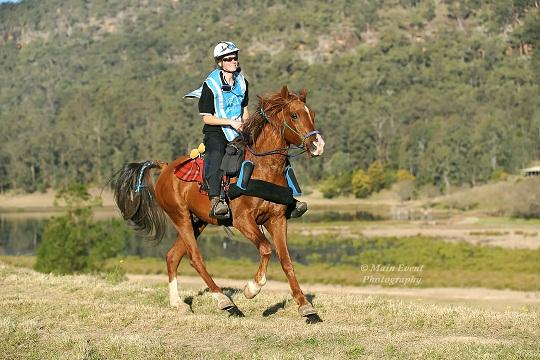 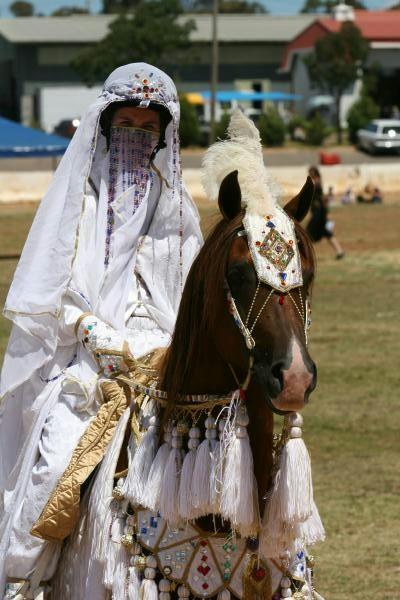 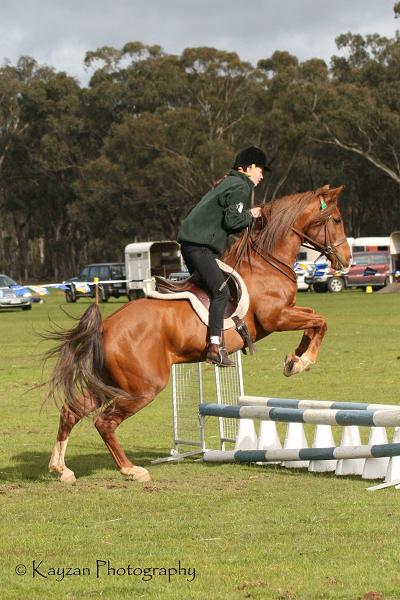 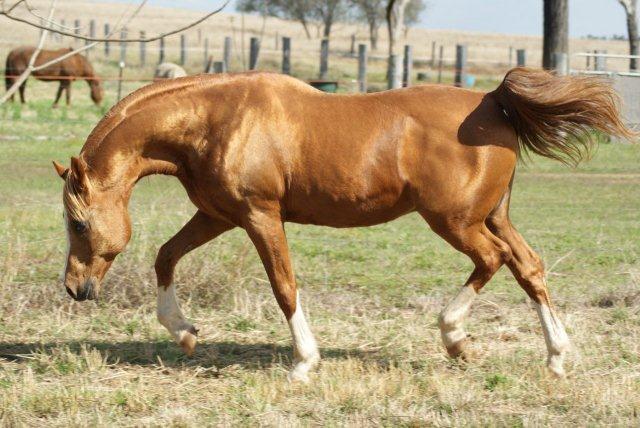 P is a beautiful stallion bred by the late Sir Clarence Leggett.  He has fantastic conformation, a super quiet temperament and that fantastic oxford movement – a real powerhouse.  He is a champion under saddle and at halter, he has competed in endurance, jumping, dressage, show riding and mustering.  His progeny all display that lovely temperament and can do attitude and are competing in all fields of competition. 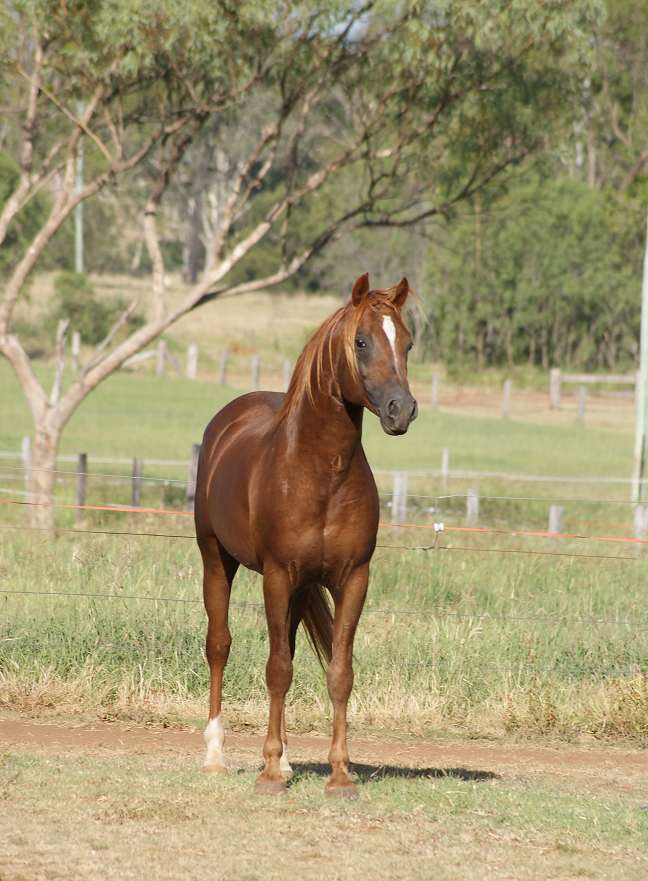 Psalm is our junior stallion, he has been a champion at halter and has competed in endurance, jumping and is a reliable mustering horse at home. His foals have been very beautiful, tall and exceptionally quiet with a variety of bloodlines. His oldest daughter is now competing in endurance and going exceptionally well. 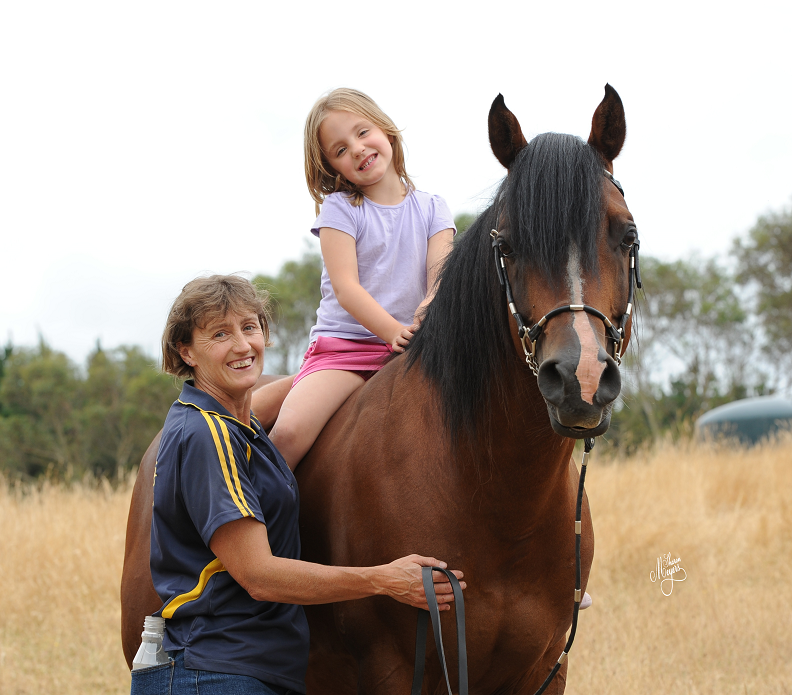 Prince has won many show championships at Tasmania's Arabian A grade shows and has been successfully competing and completing in endurance.  He has completed 2070km with just two vet outs.  In 2013 he completed 853km with 100% completion, finishing in Australia's Top 10 Lightweight horse in both kilometres and points divisions, and winning both Tasmanian awards.  As a horse/rider combination Prince was second Lightweight in Australia.

His temperament is divine. He can be taken from a paddock that he is sharing with a mare, have a set of shoes put on and happily go out for a training ride or come out for photos with our young daughter riding him!  He can be serving a mare during the week, competing at an endurance ride at the weekend and attending a show the following weekend.  All with no fuss or bother.

A dressage instructor commented, when Prince was a 4 year old, that Prince would take his rider to wherever he was asked, as he enjoyed working so much.  He proved this on the endurance track.

All of Prince’s progeny have inherited his superb temperament, work ethic and fabulous movement, whether they are pure bred arabian or derivative arabian.

Email:-  [email protected]Click to add text, images, and other content 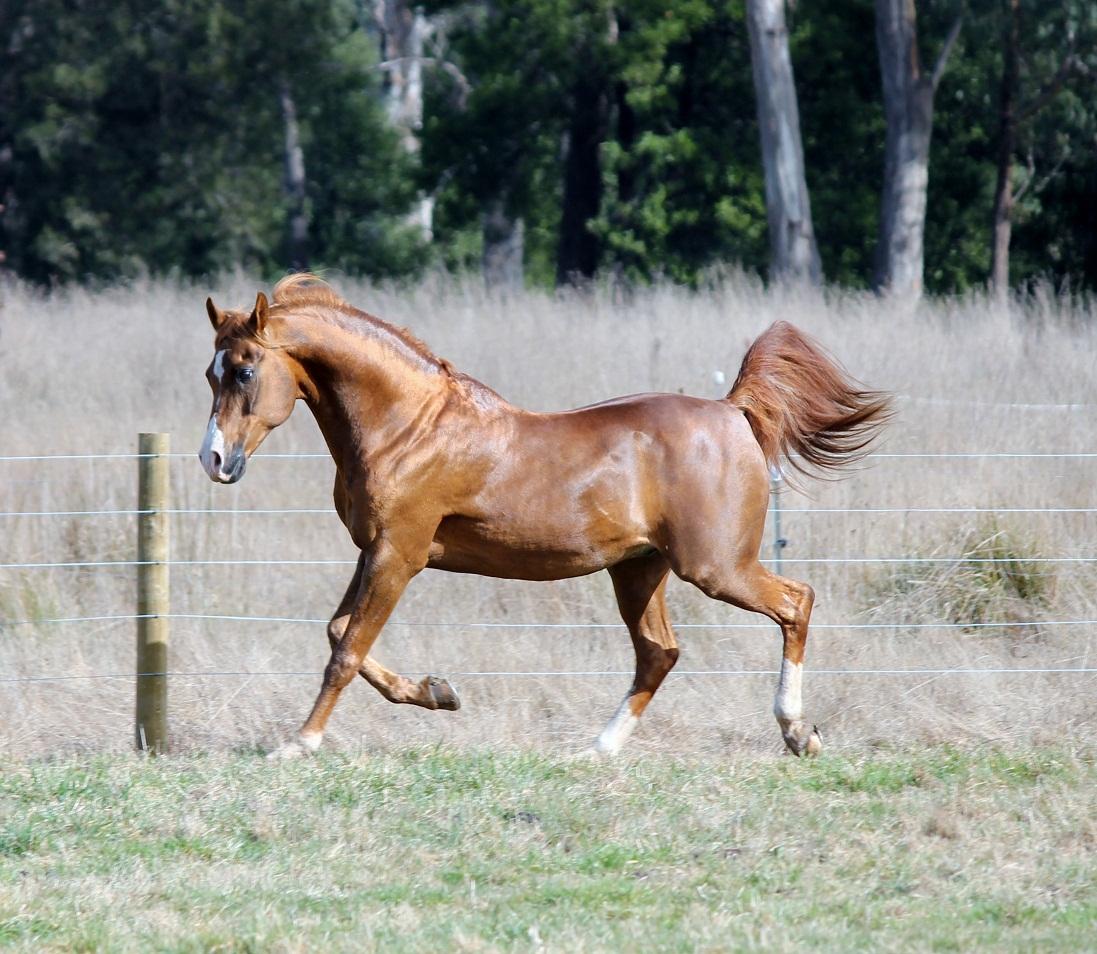 BESSONA SANTANA S 15746
Sire: Anniversary Yarab (Ya'bub x Tangerine)Dam: Rattat ( Spindrift x Janet )Foaled 24th November 1991.Standing at 15.1 hands
Santana is SCID, LFS & CA clear.
Santana is 98.93% crabbet and true to the crabbet type.
Santana will be standing to a limited number of mares in 2012/2013 breeding season being this his first year standing here in Tasmania due to the stud recently moving down here from Qld
Santana is true to type of his heritage! masculine, strong bodied, well balanced and has correct conformation, charismatic movement with an excellent temperament.
He carries some wonderful old bloodlines to some of the defining crabbet horses.
Santana has competed successfully as a endurance mount
He is also a multi award winning halter stallion, has also the produced multi winning progeny, both in hand, under saddle, in the show ring, endurance or just lovely pleasure mounts
Stud Fees $950.00 Purebred Mares or $850.00 all others
Service Fee includes, live foal guarantee up until 7 days of foaling
All agistment, feed and vet expenses are on the mare owners, prices for feed will vary depending on mares requirement.
For more information please contact
Wendy of Performance Park Arabians
[email protected]
0419900283
Website www.performanceparkarabians.com
Railton Tasmania 7305